Is there any reason to welcome chaos? It is the inevitable balance to stagnant order. In the Grand Garden, chaos is vitally necessary for life to thrive. Mary Vaananen joins us for her 4th Guest Rant.

THE BRITISH AUTHOR Mirabel Osler’s wonderful book was published in the 1980s, a time when British gardening was of a certain tidy proper look. Mirabel’s gentle plea was for gardeners to allow the magic back into their gardens by handing back the reins (just a little or a lot) to Mother Nature.  Self-sown plants weaving a tapestry within garden beds was, to Mirabel, idyllic, unplanned and imperfectly perfect. 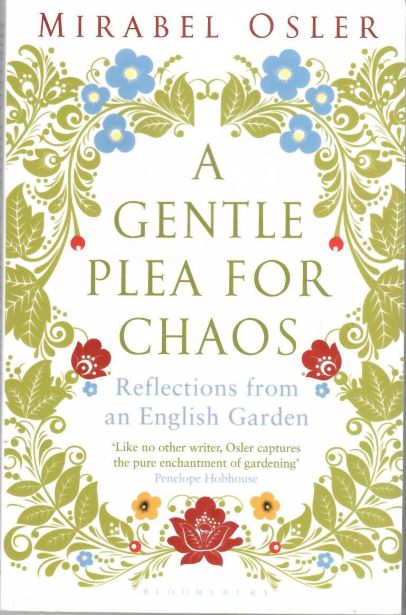 ince her book was published in 1989, others have come along speaking the same language. Cultivating Chaos, Sowing Beauty, and Planting in a Post Wild World all look towards making sustainable plantings that are beautiful, with natural spaces as role models. Planting the way nature plants.

Chaos in horticulture is de rigueur these days…on trend as the influencers would point out. Think Oudolf and Lurie. Catch the Dutch Wave! Or prowl the wild artfulness of the German steampunk Landschaftspark. Chaos is cool.

Ms. Osler was a fan of Christopher Lloyd (an original influencer) and perhaps her visits to Great Dixter ignited a love of, or fueled her fires for, the exuberant and (seemingly) only slightly tamed landscape.

I would love to accompany Mirabel on a stroll through the Lurie garden in downtown Chicago. Though not the swooning type, she might have to pause and take a seat to regain her composure. I know I did.

Chaos is not a warm fuzzy British grand-mum kind of word. We evolved to remove chaos in our surroundings if at all possible, increasing chances of survival. Like a black walnut tree with its juglone defenses, we tend to keep competition at bay and sight-lines open. As we have evolved, so too have plants developed clever systems of ensuring their survival. They outwit us most times.

Meet Ruellia humilis…WILD PETUNIA…a member of the Acanthaceae family. The Genus was named for Jean Ruel (1479-1537) French physician and botanist. All about Ruel, and Charles Plumier (the monk who became botanist to king Louis XIV of France), who named the plant for Ruel, at another time.

I don’t think anyone suspects chaos in humility. Ruellia humilis…humilis meaning humble or low… has a widespread native range throughout Eastern North America from Pennsylvania to Florida and west from Minnesota to Texas. Its low-ness, about a foot high, makes it perfect as a path edger, in a rockery or front of a sunny border. Bloom times vary with the region, but here in my garden it gives forth its dusky lavender flowers beginning the end of June through September…during the hot dry months when many other plants are finished with their business. Flowers are one and done…open in the morning and are closed and hanging limp by evening. Good thing there are so many.

This humble hardy petunia depends on chaos for its perpetuation. In October, seeds “explosively dehisce” from the seed pods. That’s a new phrase for most of us. Explosive dehiscence characterizes the entire Acanthaceae family (around 4100 species) and is probably the most interesting method of seed dispersal nature has invented yet. Click for a video on seed dispersal

Triggering the explosions are small, hooked stalks…a modified funiculus (remember Funiculi, Funicula? Click the link for a lively listen) cradling each seed that eject them from the capsule as the seed pods dry. Think Jai alai.

Research done by a trio of undergraduate physics majors on Ruellia ciliatiflora at Pomona College in Claremont, CA worked out what happens in that moment of explosion that launches the seeds so far.  The seeds launch with extreme backspin contributing to the aerodynamics. “It just looks like this gentle, beautiful motion” Dr. Dwight Whitaker Professor of Physics at Pomona, said.

After typing the word chaos into Dictionary.com, and yielding

I realize the precision of the Ruellia seed capsule and the synchronization of the seed launch is anything but chaotic. It is elegant indeed. A sowing all-star, this WILD PETUNIA has proven very hardy, vigorous and adaptable. Yes, it will seed around the area…figure a 10 ft radius. I have not experienced it being overzealous. If it appeals to you, site it well and enjoy it here and there.

The very soul of a garden is shrivelled by zealous regimentation. Off with their heads go the ferns, lady’s mantles or cranesbill. A mania for neatness, a lust for conformity—and away go atmosphere and sensuality. What is left? Earth between plants: the dreaded tedium of clumps of color with earth in between. So the garden is reduced to merely a place of plants. Step – one, two. Stop – one, two. Look down (no need ever to look up, for there is no mystery ahead to draw you on), look down at each plant. Individually each is sublime, undoubtedly. For a plantsman this is heaven. But where is lure? And where, alas, is seduction and gooseflesh on the arms?

The bare earth in between plants begs for growth. No matter if you are a proud plant specimen spacer, or rely on mulch (the tinted concealer of the garden world) to fill the void, nature abhors a vacuum.

You can plant re-seeders or you can let nature take its course (chaos grab bag). Either way, what appears without any creative blurp from me often looks looser and more natural—imperfectly perfect as Mirabel might say. The opportunist has grown into its place.

We know that less tidy gardens are better as habitat for insects and wildlife. When insects thrive, the whole system does. And allowing natural re-seeding keeps the dreaded tedium of bare patches of earth from exposure, drying, and weed takeover. Again, plant the re-seeders (weeds) you want to see. 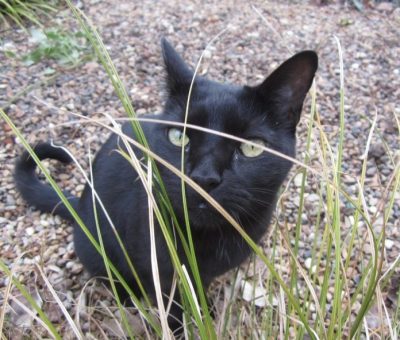 A little chaos brings something intangible…call it vibe or atmosphere. Maybe don’t call it anything. The buzzing and humming of indigenous garden inhabitants stream an awesome soundtrack, don’t they?

The earth has her chaos, and the natural chaos of tornado, tsunami, earthquake…any of her big acts… inevitably brings change, sometimes big change. I can’t help feeling these current times and events are an act of nature…a seed launch into new territory. Perhaps we need to learn a gentle tolerance for the chaos within ourselves and the world.

[Mirabel Osler was the author of 8 books on gardening and travel. She died in 2016.] 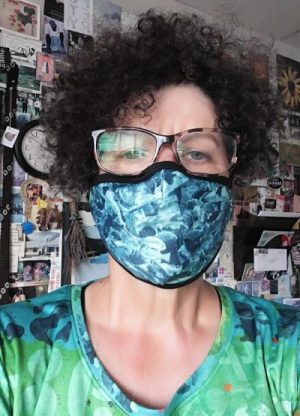 Mary Vaananen shelters in place in Louisville, KY. She is the North American manager for Jelitto Perennial Seeds, headquartered in Germany.