The latest in the on-going correspondence between Marianne Willburn and Scott Beuerlein.

I apologize for taking so long to reply to your last letter, but it’s been a hell of a time. My mother’s health has been deteriorating for a long time and on April 11th she passed away. We’ve all got a date. That was hers. But Lord knows she pushed it back and back and back, God bless her. The last six months have been a cycle of fragile normal days spent at home suddenly punctuated by near death episodes in ICU followed by another miraculous recovery and finally back to another spell of fragile normalcy at home. The whole ordeal was a very hard, slow, grinding process. In the days after she died, I couldn’t believe what a relief it was just knowing she was no longer suffering, but now I just miss her.

And right in the middle of all that, in came this thing called the coronavirus, which, they tell me, kills old and fat people. Old and fat? Hell, that describes almost everybody I know. Including me! This is bad. Real bad. And now nothing is the same. Everything is different. We’ve been in lock down for almost two months. It seems so much longer. None of this feels real. It’s too big. It’s eerie. It felt like our little band of less than ten mourners had to almost sneak into the cemetery to bury my mom. No other services allowed. David Byrnes’ lyrics keep going through my head. “This ain’t no party. This ain’t no disco. This ain’t no fooling around.” And it does feel very much like “Life During Wartime.” I imagine that this pall, under which we all squirm, must feel about like it does for an army about to go into battle. Everybody looking at each other, asking themselves, “How bad will get? Who will get killed. Me?”

For the record, I’ll be pissed as hell if I die from this thing. I’m a late bloomer. I was misdirected a few times. I have also derailed myself with the occasional poor decision. The fact is, I feel like I’m only now getting my shit together. And my garden is looking the best it ever has. It seems to have promise for better years ahead, and I want to see it deliver. 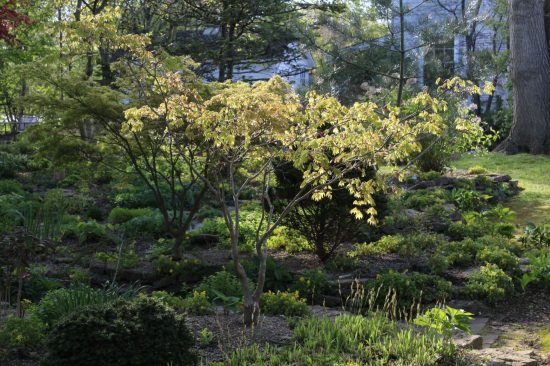 But it’s been a bit eerie to be out there. Pandemic raging, mom dying, and it has been made all the more eerie because this has been the prettiest spring I can remember. It came in slow, cool, and sweet, and, until last week, steady. Consequently, it’s been a floral fashion show of unseemly bloom times as each plant took its turn strutting the runway. Sometimes alone. More often with partners. Star magnolias, cherries, viburnums, crabapples, redbuds, and also plenty of littler ones tucked underfoot and in the corners—winterhazels, forsythia, daffs, minor bulbs, and ephemerals. 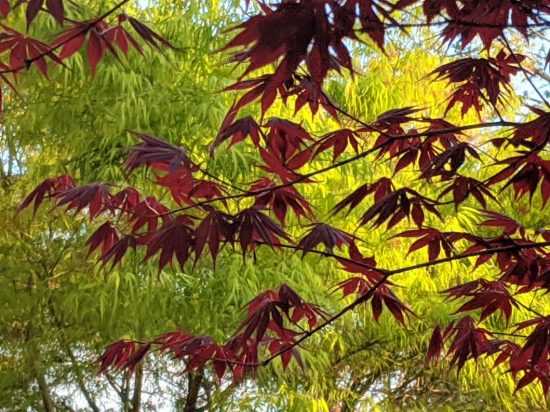 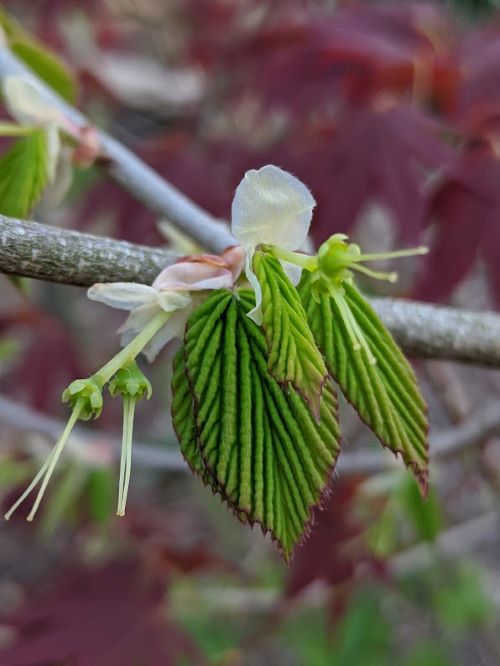 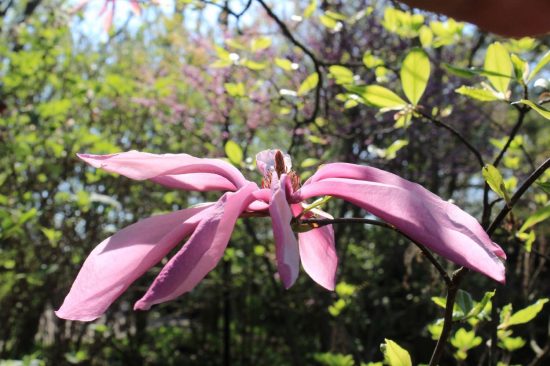 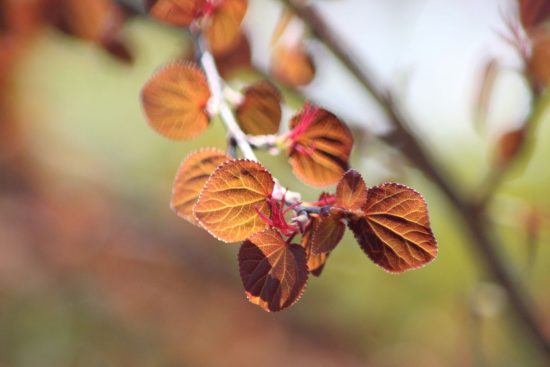 My ‘Yellow Bird’ magnolia was just reaching its peak of perfection when our continental climate snapped to, looked around, and said, “Oh. Hey. Wait.” That’s when we got three nights of mid-twenties, and that ended that. Foliage, flowers, and buds became brown mush that dried to crispy bits that now look like bits of fried onion strings stuck in your boss’s beard during a business lunch. About a third of my Japanese maples lost all their leaves. Others were half blasted. A few skated with no damage. Go figure. But my collection of hostas (for which I have a love/hate thing going on) were equally random in how they handled three nights out drinking with old Jack Frost. And although you would think native plants would know better—and most did—my ostrich ferns got pummeled. But new fronds came quickly and now you wouldn’t even know. Keeping my fingers crossed my maples and ‘Yellow Bird’ eventually recover too. 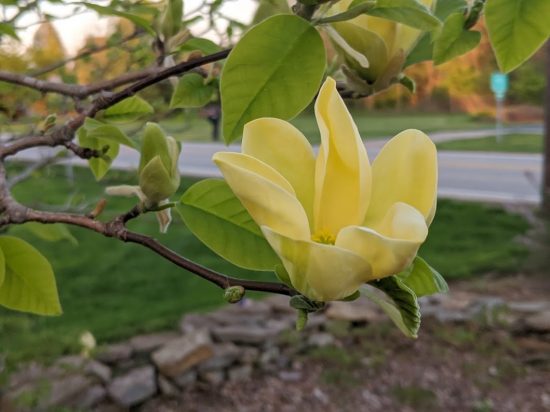 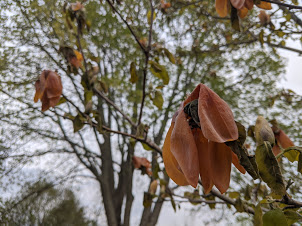 But, no matter, the garden hardly looks like a no-man’s land. Iris, peonies, Brunnera, Epimedium are all looking great, and I am so thankful for that! This year, more than ever, the yard has become a beautiful safe haven from a world gone mad. If not an outright antidote, at least an ever available deep draught of tonic. 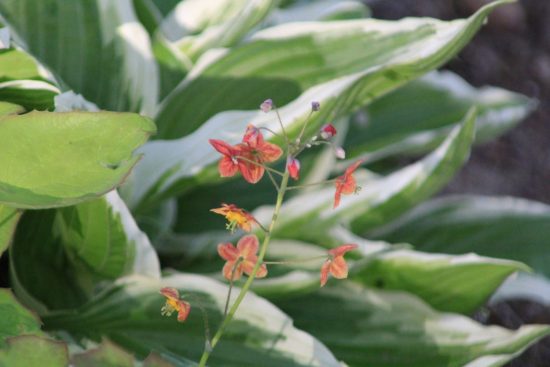 Knowing what my garden has meant to me has me feeling bad for all those with no access to a garden or nature right now. There are so many urban dwellers, and even out in the suburbs, let’s face it, the typical American yard hardly functions as a garden. So maybe in a time of confinement like this land-owning (think about what the term landowner has meant to people over the centuries!) folks will be motivated to give their land the respect it deserves. Seriously, for those with secure incomes, what the hell else is there to do with their time, money, and energy?

At the Cincinnati Zoo & Botanical Garden, our 110,000 tulip display was only seen live and in person by a skeletal staff, stray helicopter pilots, and flamingos as they took their daily walks. To make matters worse, this was—in my opinion—the Zoo’s best year of tulips ever. Full on glorious! In a normal year, a half million visitors would have reveled in the explosion of unworldly color. There would have been tours, parties, fundraisers, and live bluegrass concerts with ample supplies of great food and craft beer. That is what the last ten Aprils have impressed on me as to what April should be. Busy as hell and beyond beautiful. But what we got in 2020 was not that. 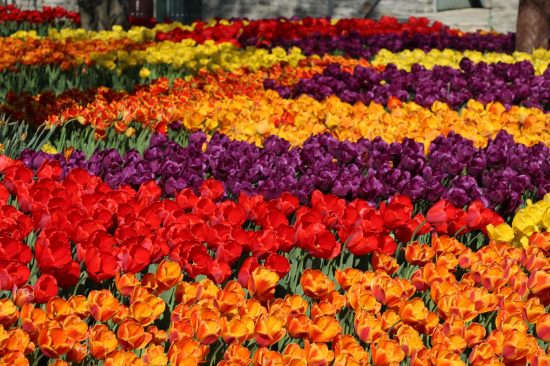 One afternoon I stood in the entry plaza—completely alone—on a perfect spring day. 110,000 tulips surrounding me, all gloriously glowing seemingly with their own internal light for me and me alone. But it didn’t feel much like a gift, as sometimes does when one is fortunate enough to witness something special all by themselves. All around me was empty plaza that would normally have been people enjoying an outing, and it felt like I was the sole survivor at the end of a terrible movie. Bad enough, right? Well, it was made a little bit worse because in the quiet made by the absence of 10,000 stroller moms and their children, the peace was torn by howling sirens of ambulances, one after another, as they navigated their way through the surface streets towards the 4 or 5 big hospitals that the Zoo calls neighbors. Another reminder—as if I needed it—that a monster was lurking out there. 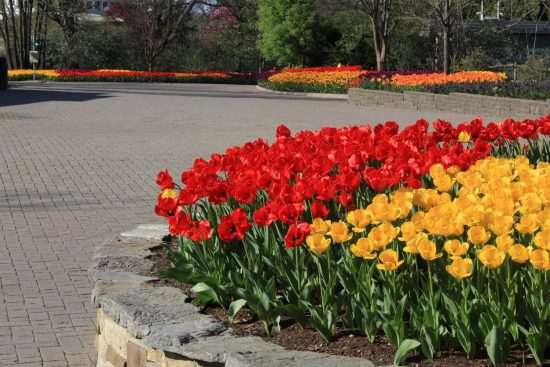 But, if given lemons, make lemonade, right? Call me a dork. Plenty of others do, but I cannot begin to describe the pride in my heart and the stupid smile that shows up on my face every time I get to tell someone I work at the Cincinnati Zoo & Botanical Garden. Across every department, amazing things happen every day. Nowhere on earth is positivity more intrinsic. It’s woven in so deeply and thoroughly that something amazing had to happen. Even in a pandemic. And, in fact, several things did. Among them, someone–I don’t know who–thought to cut tulips and take them to the front line medical workers at the hospitals.

As I watch the news these days, I am so moved and inspired by the daily efforts of proactive, positive people–those who, when things go south, manage to rise above the scoffing, second-guessing, finger wagging, and complaining so many others immediately go to. Instead, they willingly accept the present reality, buckle down, and with a bright attitude put in the hard work and sacrifice that will turn things around for the greater good.

All this is taking a long way around to the simple fact that I had a thought. Witnessing the family-sized gratitude expressed over a handful of cut tulips by over-worked, stressed out, hospital workers struggling to save lives against a nasty, little understood contagion at work, while at the same time finding solace in my home garden as my mother slipped ever closer to death, it occurred to me that this might be a time for gardeners to step up and make a real difference!

We all know somebody in the trenches—doctors, nurses, hospital support staff, truck drivers, sanitation workers, grocery store clerks. The list goes on. Why not mow their lawn, pull some weeds, and mulch their beds? Or divide a favorite perennial or two and give it the perfect spot in their garden. At the very least, take them fresh flowers cut from your garden. And if one of your other neighbors is struggling to make a garden, give them a hand. Bestow on them the lessons you’ve learned over many years. If you belong to a garden club, think a little larger. Maybe plant a little pollinator garden outside the windows of nursing homes where so many languish without even family being able to visit. This can be done while practicing safe social distancing. I bet the nursing home would give permission. I guarantee that summer will see many a grateful face peering out and enjoying all the color and the birds.

So what do you think? Dumb idea? I think at the very least it needs a pithy name. Gardeners for Glory! Hero Horticulturists. Plants Opposed to Pandemics? Sometimes I think I write okay, but, yeah, I know I suck at titles. Maybe you or somebody that’s good at them will think of something.

Anyway, that’s all I’ve got. I’m tired. I surely hope you and your family are all safe and well. Oh, and here. A promise. If I survive this thing (about a 50-50 prospect), and if I still have a job when it’s all over, and if the airlines can find the keys to restart their airplanes, Michele and I will join you for one of your British garden tour adventures. I’ll even promise to behave! I won’t say things that will upset the locals, and I’ll just look the other way without comment when I see them shearing 30’ hedges of mountain laurels.  Deal?